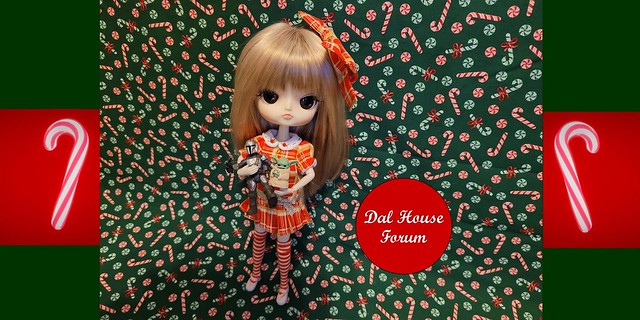 Great round, everyone! We enjoyed all the photos and once again had quite a conversation before determining the top three. Questions about our comments? Please let us know! 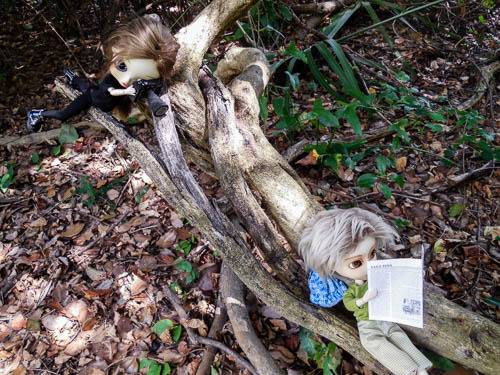 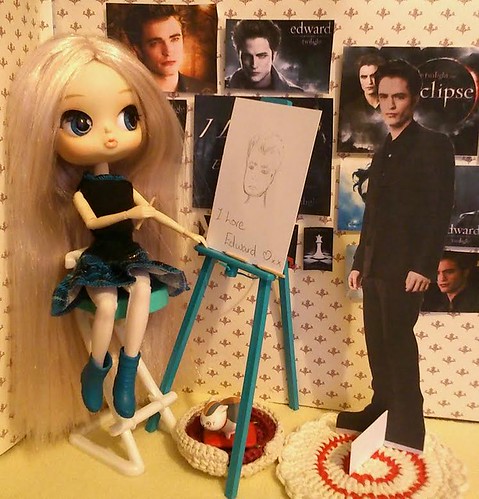 Lyris - Very attractive pose – looking up and out at the viewer - and an interesting take on the theme with good use of props. She looks very dreamy. Nice use of pink and red color scheme to give the photo a cohesive look. Maybe next time, keep more of Lyris’s head in the frame?

March - All those props in March’s room make it detailed and fun to look at, but it’s also a little distracting, and takes away the attention from March. We liked how March’s pose suggests she is daydreaming about those anime/manga boys.

Tiger Lily - This photo certainly makes it clear who Tiger Lily’s crush is! Very appropriate to the theme. We would like to have seen Tiger Lily’s face slightly angled more toward the camera, since our eyes are drawn to the giant Peter Pan image instead of Tiger Lily. Also the lighting seems a bit harsh and unflattering to her.

Lilith – Having the other character have the crush is a nice reversal, and Lilith sure does look a bit bothered by her crush crushin’ on her. The red heart patterned dress fits the theme, too. The red skull ornament is interesting, but we found it a bit distracting and wondered how it was contributing to the scene.

Lorelai - The dolls look cute and matchy, and we liked the use of color. The realistic posing of the two dolls make it look like they are really good friends having a conversation. Conveying admiration of someone you look up to and would like to emulate one day was a nice interpretation of “crush,” but you don’t pick that up without the caption.

Delicate Tip Toe - Lovely composition and great use of color. A sly twist on the theme, as she is literally crushing the objects of her affection.

Nerissa – We liked Nerissa’s matching outfit and that the theme was clearly depicted. Nerissa is too much out of the frame to be the focus. Maybe not so much of an extreme close up would have been better.

Fannie - This photo has excellent composition. The viewer’s eye is drawn to the action at the top—Fannie with her big zoom lens. The line of the tree naturally brings us to the poor boy being stalked. The natural, outdoor setting, their poses, the lighting, and the interesting perspective of looking down from above on the scene all added up to first place this round.

Fatima - She looks very sweet posed with her teddy bear on the tree, but the photo does not reflect the theme without a caption. Had she been really squeezing the bear hard or holding it so she appeared to be looking at it with affection, the photo would have been more effective. The tag on the teddy plush is also slightly distracting.

Dumbo - While out-of-scale items don’t always work in photos, they do in this case because they help capture the theme. It makes sense that Dumbo is crushing on other Dumbos! It might have been more effective if she could have been hugging one of the other Dumbos (although we recognize the challenge of posing dolls in animal suits!).

Anna – Lovely composition and use of color. We liked how the photo conveyed the feeling of excitement and nervousness that is commonly felt when one’s crush is nearby. The posing of the dolls and the props used really give the scene a realistic feel. The framing of boy’s face is well done. And he is suitably oblivious to her presence.

Alice Liddell – A cute idea that doesn’t quite work; Alice is hardly in the photo and the caption is needed to help explain what is happening. We wished we could have seen more of Alice.

Penny –It’s apparent from the photo that Penny is Team Edward all the way. Great use of in-scale props and good use of the theme. Lots of cute details. We liked that we could see her all of her and her work of art. It’s funny how the cardboard figure of Edward looks like he's staring out at the viewer.

Cerise – We liked that there is no question as to who Cerise’s crush is. Good use of pinks contrasting the black and white photo. Cerise’s focus is not quite right (not at the photo), and the scene feels a bit empty.

Delphine – Passing a love note in class is an interesting take on crush.  The matching seats, the school uniforms, and books are good use of costuming and props. And Delphine looks a bit nervous. The background is a bit bland and doesn’t quite give the impression of a “real” classroom.

Thankyou so much for choosing me as second place, we are sooo excited and congratulations to everyone else, it's been fab looking at all the pictures. Gave my family a giggle with this one to.

Thanks as always for the constructive criticism! (The biggest thing I've learnt from this photo challenge is that photographing super glittery eyes like the chips Nerissa is wearing is pretty much the worst thing ever! Ahhhh) 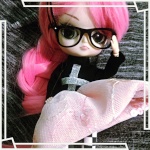 Thank you for the feedback :3

For some reason I like to put a lot of detail in my photos (I always do the same with drawings..) hihi but I think did the same with the next theme (oops x3) But I will work about it. So thank you for letting me know that it is a little bit distracting with all those details.

Number of posts : 32
Location : The Netherlands

Oh, wow! Fannie will be so excited by this 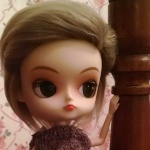 For some reason I like to put a lot of detail in my photos (I always do the same with drawings..) hihi but I think did the same with the next theme (oops x3) But I will work about it. So thank you for letting me know that it is a little bit distracting with all those details.

It was really an adorable photo. The distracting comment is more specifically to distracting us from the theme. I could spend a lot of time studying your photo (and I did!).

Yes, I do enjoy looking at everyone's dolly toys, furniture, and other props!  This was definitely a fun round to see all the different interpretations of the theme.

Severity, I've stayed away from especially pale dolls for photo contests because I knew it could make for extra difficulties, even if they would have otherwise been my first choice to enter them.  If I were competing this time around, I would have picked someone other than Lilith for that reason.  Sometimes I line up the potential candidates and take a few photos to see who photographs best before I choose someone to enter.  Although if you only have one Byul, you don't have a choice of picking the most photogenic one.
_________________
My Flickr

O wow! Thank you so much! Just got home after a tiresome week to find such a surprise!

I enjoyed each photo send in, all had an nice point of view and story to it, looking forward to seeing the results of round three!

Number of posts : 323
Location : The Netherlands

Delicate Tiptoe is kind of starting to scare me... (ﾟｰﾟ;)  gulp.  Will she be coming to PUDDLE? lol

Yay! Congratulations Fannie, Penny and Anna! Fun pictures all around! I hope Delicate can come to Puddle Snowy. I haven't been in a couple of years and I'd love to be there. 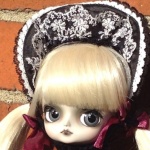 WellerMade wrote:Yay! Congratulations Fannie, Penny and Anna! Fun pictures all around! I hope Delicate can come to Puddle Snowy. I haven't been in a couple of years and I'd love to be there.

We'd love for you to be there!